Want to break a world record? Custom boat builds are the way to do it!
Rannoch Adventure has been building bespoke rowing boats, catamarans, pedalos, kite boats, and paddleboards for over 10 years. These have all been designed with one aim in mind – BREAKING WORLD RECORDS.

Rannoch will be responsible for producing the first single-handed manned vessel to cross an ocean using solar energy. As project leader and main contractor for delivering the vessel, we have been tasked with researching, designing and building a solar powered craft that will cross the Atlantic Ocean using nothing but "clean energy". 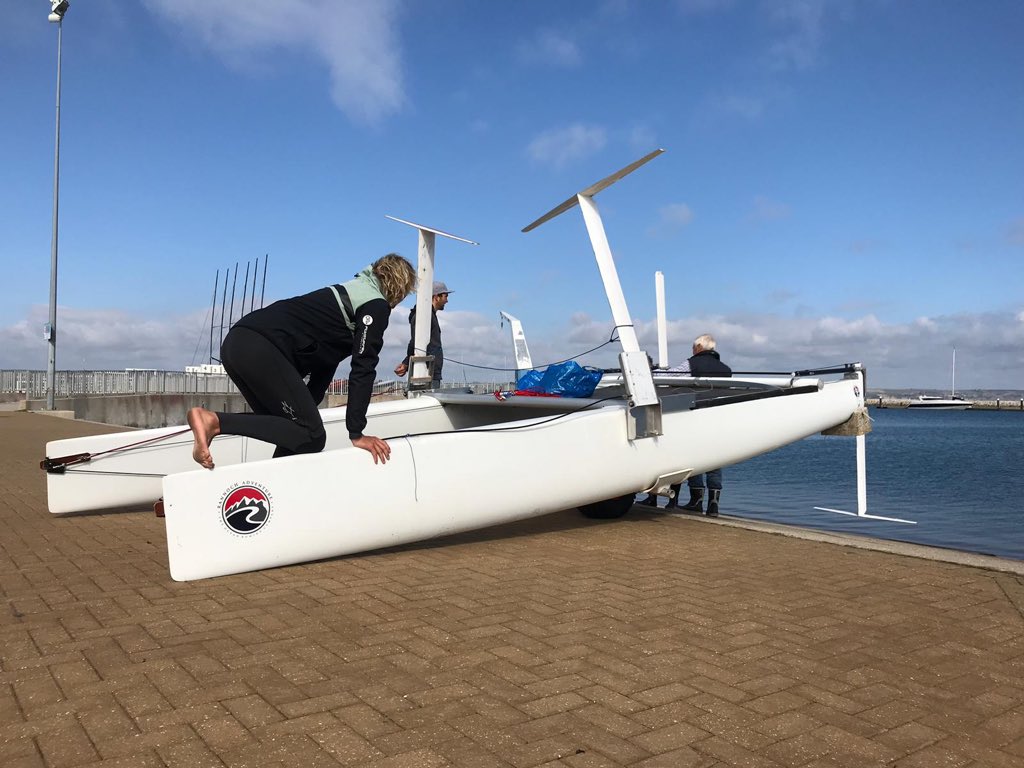 Using the best foiling kite surfing design and construction resources in the UK, this POC foiling platform was designed and developed to move across the ocean using natural power via a kite system. The platform lifts onto the foils at a speed of around 12 knots and accelerates to over 25 knots in a controlled manner in 18 knots of breeze. 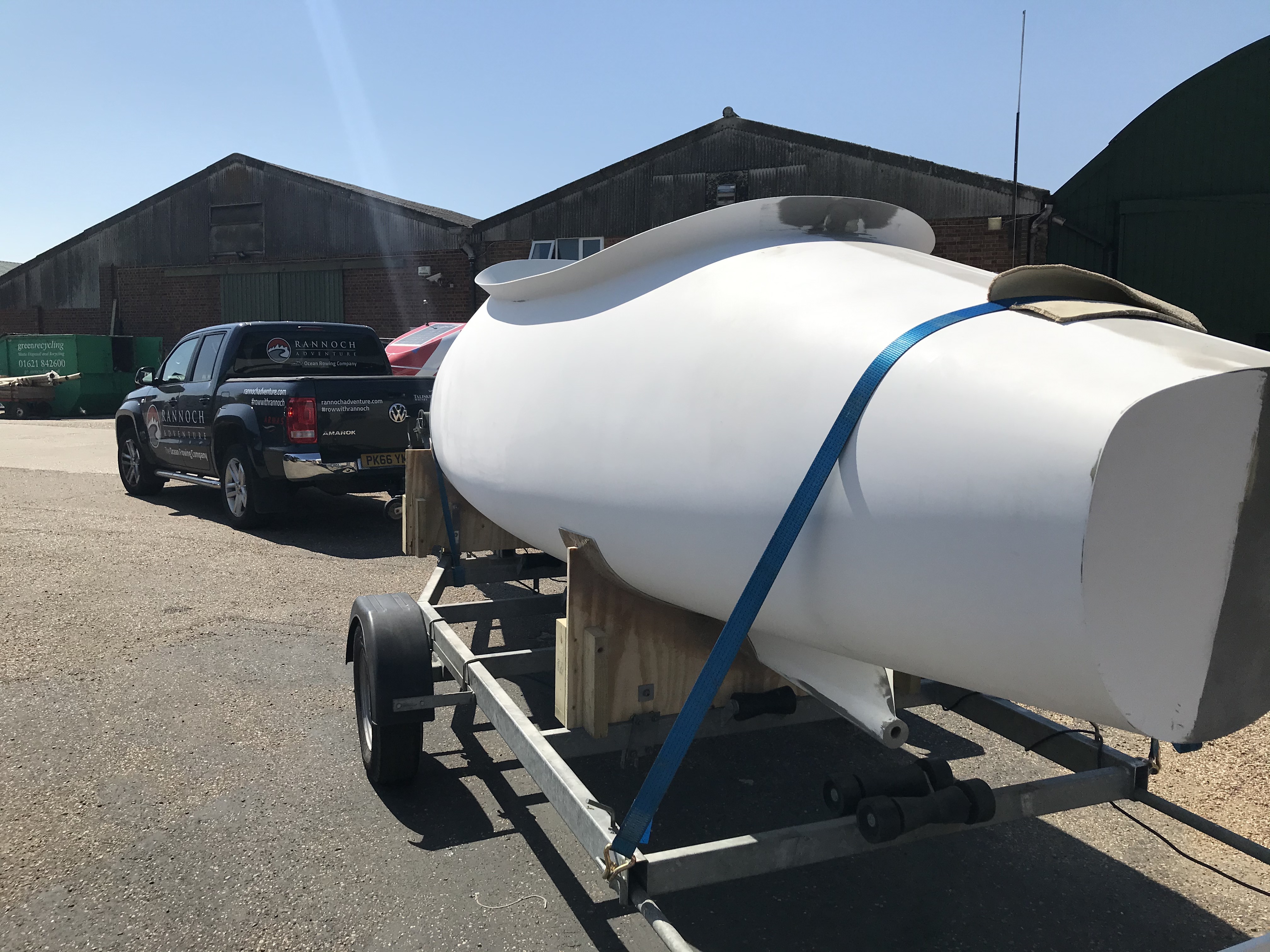 After his failed attempt in 2017 to cross the Tasman Sea in Simpson's Donkey (see below), a second attempt is being made by Grant "Axe" Rawlinson this time in a new vessel, Henderson’s Donkey. With legs being the strongest part of the body, pedalling is a better way of propelling a boat than rowing for such a difficult world first crossing of this particular stretch of water. This solo pedal boat has been custom designed and built to suit the pedaler’s size and weight. 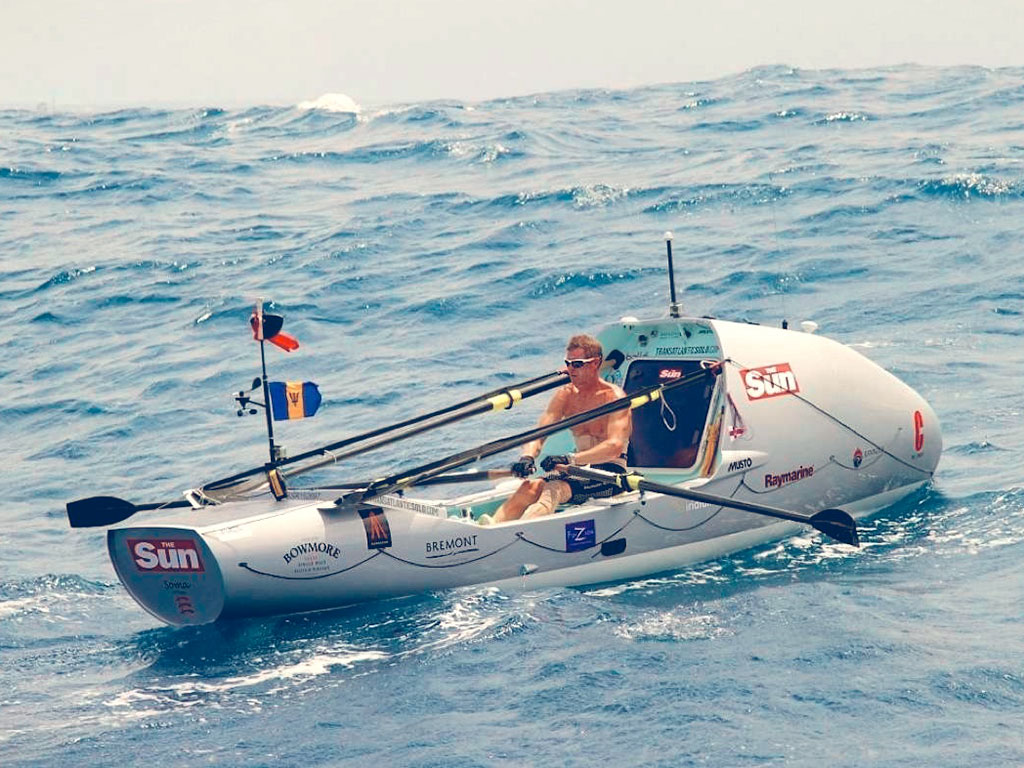 Soma is the boat that Charlie Pitcher used to break the solo transatlantic record in a time of 35 days in 2013. This boat was the most high tech boat built at that time, using a carbon nomex epoxy infused hull. It was also the the lightest ocean rowing boat ever built. 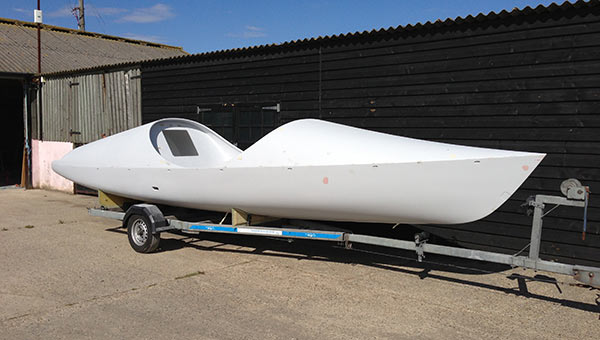 Built for the longest non-stop solo ocean rows ever, this boat had a
bespoke and unique living quarters with separate dry and wet cabins. The
owner, Fedor Konyukhov, crossed the Pacific from Chile to Australia, a distance of 9,500 miles in a remarkable 160 days. 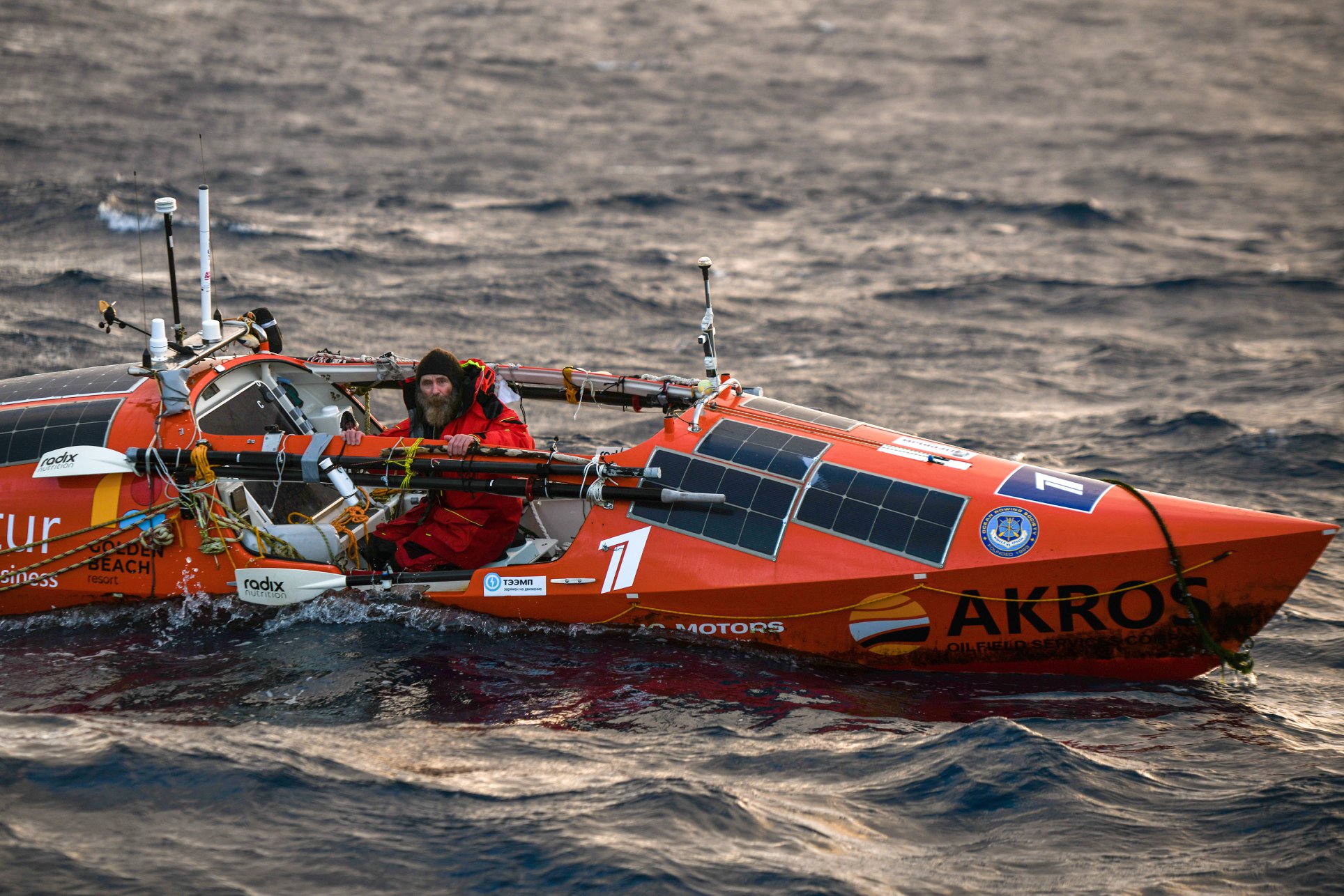 Akros was built for an expedition across the Southern Ocean. Adventurer Fedor Konyukhov spent 154 days alone at sea, in hostile conditions, rowing 6,400 nautical miles from Dunedin, New Zealand to The Islands of Diego Ramirez, Chile. 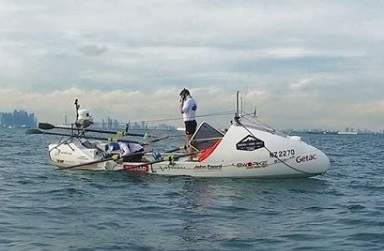 Simpson's Donkey is a bespoke R20 used for Grant "Axe" Rawlinson's "Rowing from Home to Home" expedition in 2017 - a human powered journey of 12,000km from Singapore to New Zealand. The expedition succeeded as far as the south east coast of Australia but was abandoned during the Tasman Sea crossing. The swirling, temperamental and unpredictable Tasman Sea makes rowing across this stretch of water particularly hazardous and the feat has never been accomplished. 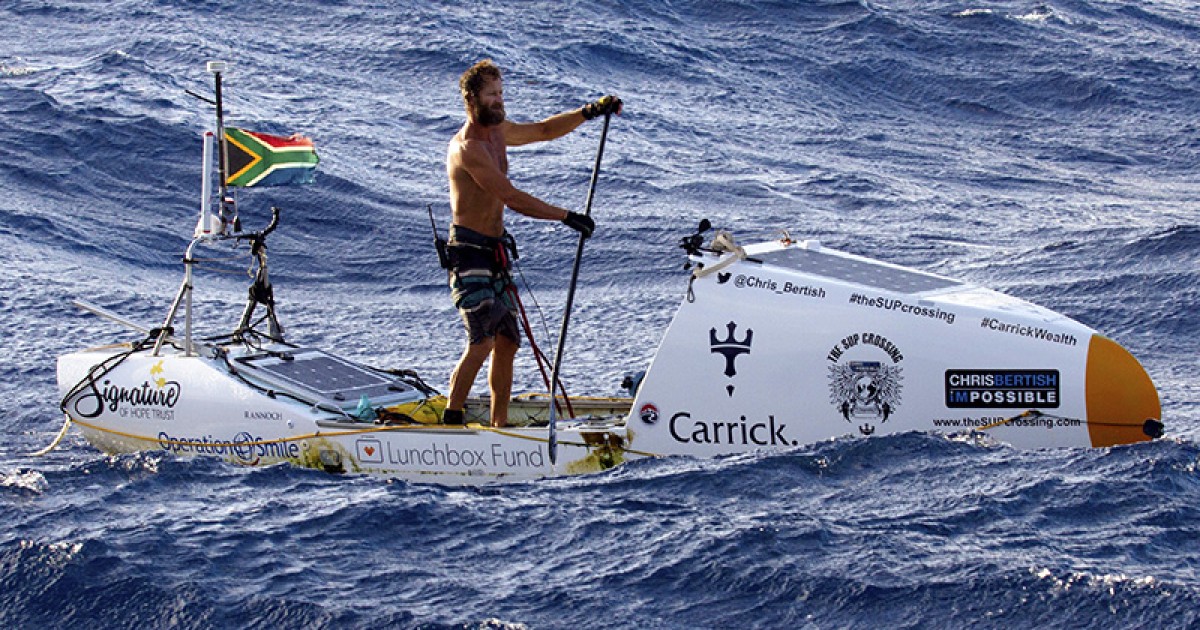 In March 2017, South African Chris Bertish became the first person to paddleboard across the Atlantic Ocean – solo, unsupported and unassisted – when he completed the voyage from Morocco to Antigua. This unprecedented journey, dubbed “The SUP Crossing,” was completed in 93 days and spanned over 4,000 miles of open ocean, requiring more than 2 million paddle strokes. His paddleboard was designed and built by Rannoch Adventure and was a based on an R10 hull. 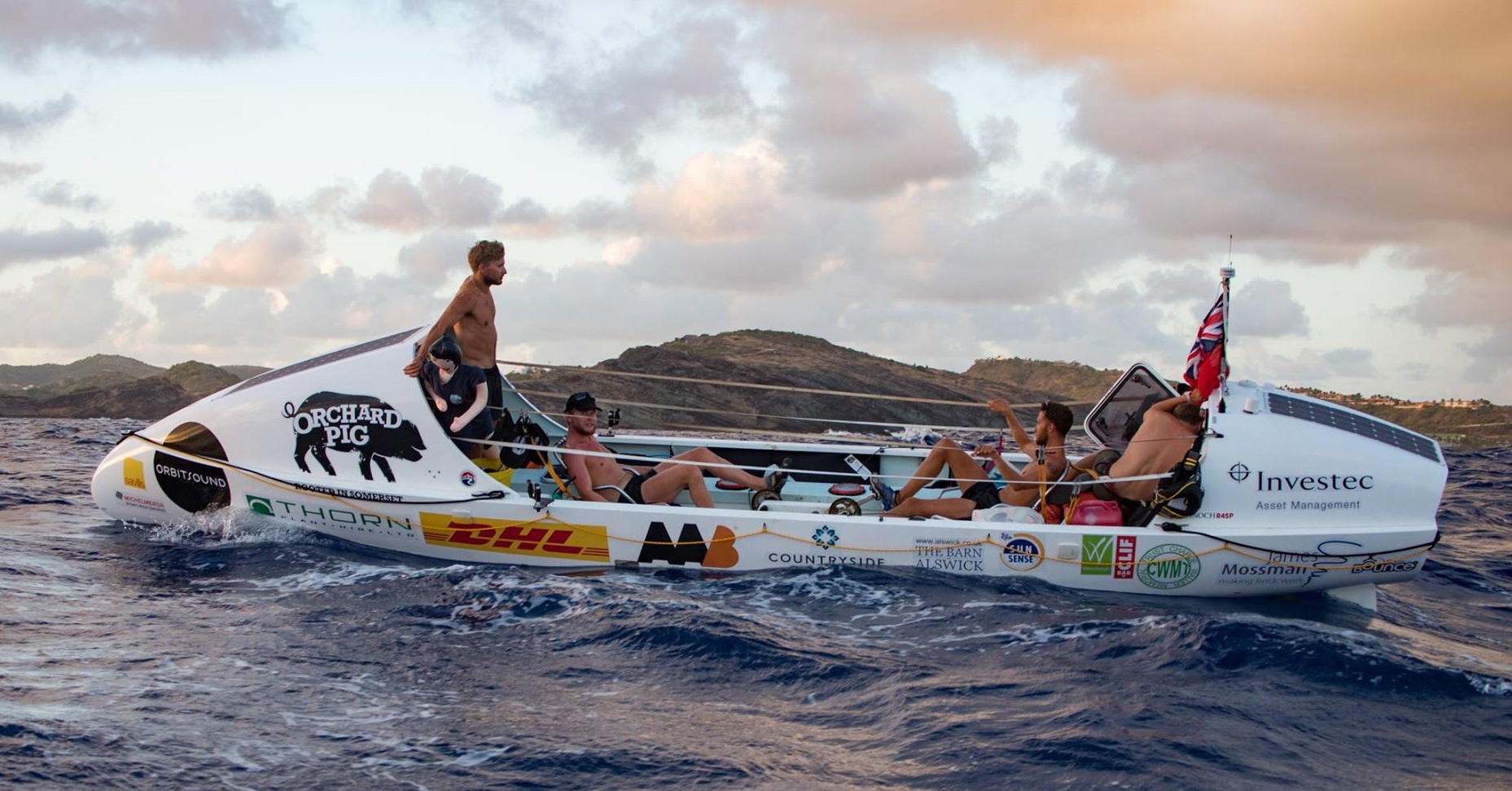 In 2018, team "Pedal The Pond" cycled 3,000 miles across the Atlantic in a staggering 40 days, setting a world-first for a pedal across any ocean. The boat, "The Reveller" was based on our ever-successful Rannoch R45 design but the set up was modified to have a bicycle system to power her instead of oars. 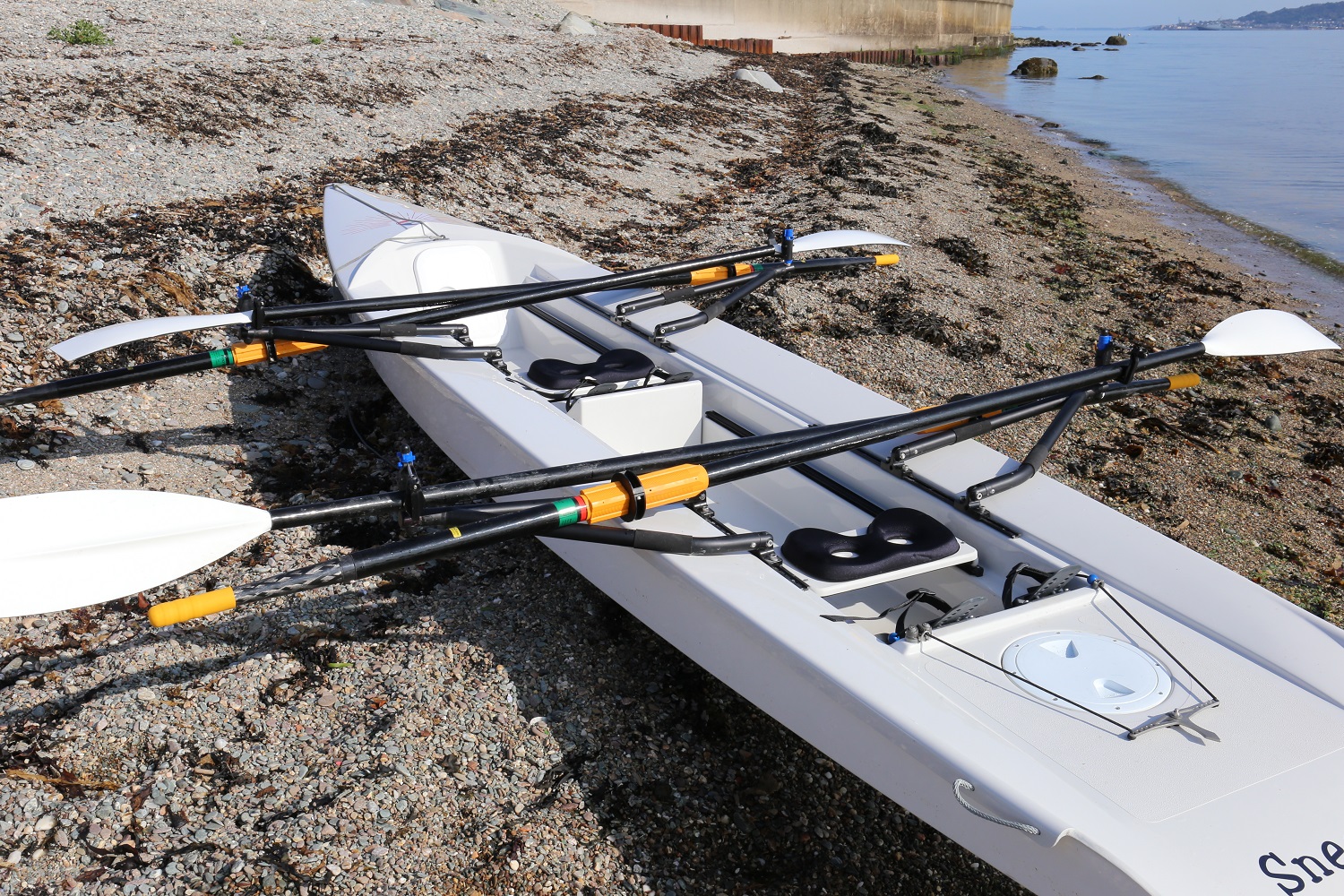 The high performance Rannoch Explorer was launched in 2019 and is ideal for fun and adventures on open water. With its GRP construction and a polished gelcoat finish, the Explorer is much lighter and cheaper than injection moulded boats and, as a result, has significantly superior and more exciting performance and handling characteristics. Find out more.

The RX80 is a completely new rowing boat launched in 2021. Designed for 12 people, with 8 rowing positions and 8 berths, this boat is packed with forward thinking. She is really easy to use with loads of room on board and is a great combination of expert design and operational detail. Find out more.